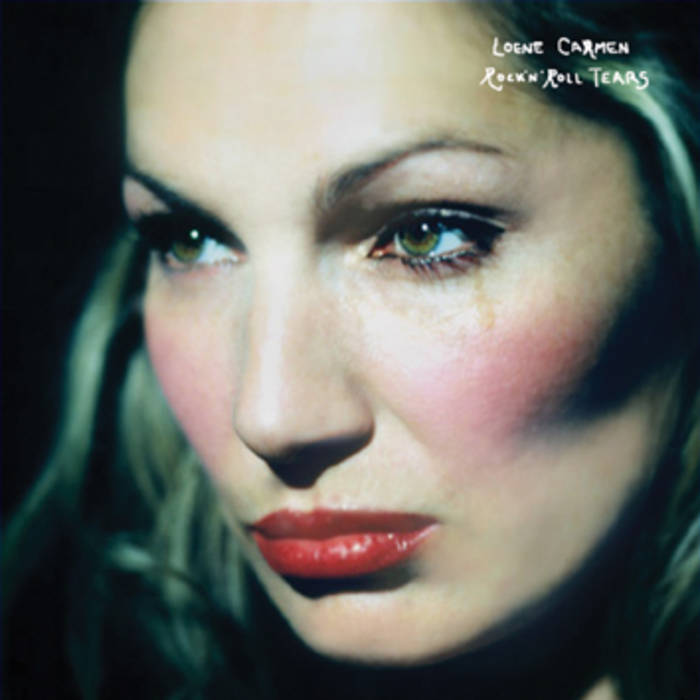 ‘Jesus was a man, Loene Carmen is a woman and this album is just great. VICE 8/10

'There ain’t no lady like Loene Carmen, an artist who can deliver a sonic poison arrow with the sweetness of Cupid’s bow… a singular talent …Carmen delivers unforgettable tunes.’ Kathy McCabe, Daily Telegraph

'…sinfully sexy songs that stay simmering on a low, desert heat, the album is sure to brand its mark on all who listen…a seductively scandalous, dirty kickass, dark blues entertainer. ..a rock’n’roll/blues tour de force…' The Brag (Indie Album Of The Week)

'Rock’n’Roll Tears is a rough gem of an album…give it some of your time and the rewards are considerable…She writes beautiful lyrics.' Rhythms

'The songs from Rock N' Roll Tears have stalked me so closely I may need to take an AVO out on them… ' yourgigs.com.au

'The devilish siren that is Ms Loene Carmen has done it again… Rock’n’Roll Tears puts the slipper in with some
seriously live sounding tracks, and somehow she maintains her ‘Juliette Greco cool’, that voice, those eyes… an object lesson in how to create real tension.' Jason Walker, musicaustraliaguide.com

'…part brooding rock, part country-ish blues and all loose charisma. .. A late-night record that will appeal to both
heartbreakers and the heartbroken.' Time Off

'Loene Carmen is cool. In fact, Loene Carmen is so undeniably fucking cool that she could have been lifted straight out of a Tarantino movie, and on her third long-player, Rock N' Roll Tears, her familiarly breathy, sultry vocal sits perfectly atop a combination of dirty blues, rock and country, which bursts from the stereo like a bar- room brawl between The Velvet Underground , Mazzy Star and The Jesus and Mary Chain . And that, I think you will agree, is pretty fucking cool... Loene Carmen has once again proved … that she is an intelligent, candid songwriter with a voice so seductive that you’d rip your own heart out and hand it to her if she asked you to. Irresistible stuff.' Rob Townsend

'It’s a commonplace in reviews of Loene Carmen to mention her place in the pantheon of Australian rock royalty, sure she grew-up within rock—her father was no slouch when it came to music and Bon Scott was a family friend—meanwhile her teenage daughter fronts one of Sydney's hippest combos, Bridezilla. Cult ex-pat Australian depressives the Devastations recorded a brokenhearted love song about a failed relationship with Loene, although they’d never actually met her. Meanwhile her touring band has included various members of the Bad Seeds and Dirty Three, amongst others. For this—her third album—she has used Sydney musicians from The Holy Soul and The Mess Hall.
Decamping to a rural barn in 2006, these twelve songs were recorded over a long hot weekend, creating an intimate, laid back atmosphere and producing an album loosely drawn from dirty country music, garage rock, and pop, moving deftly between and melding styles. Sung predominantly in breathy tones, some of these songs re- work and celebrate rock and roll iconography in its purist form, for example “Oh Yeah” with its driving bass and the anthemic—and partly autobiographical—Rock’N’Roll Tears with its drunken’ braggadocio and celebration of everything that makes rock and roll entertaining; late nights, sex, brawling and bawling, “And a bed full of rock ’n’ roll tears.”
Other numbers—such as “Nashville High” and “Don’t Let Her Slip Away” play lazy fucked-up once-but-no-longer country rock sounding as if Kim Fowley was a teenage girl who spent too long listening to late night radio and dreamt of hitting the road.
The best songs here are the slower, smoky, country tinged numbers songs “Wild Wind,” “Dirt & Air” and the fantastically titled “He Calls Me Flames,” which draw on classic country iconography with sparkles of southern light evoked by distorted guitar. There’s an evocative sense of yearning in these slower songs that capture the need, desire and escape offered by music.
Then there is the pseudo-innocence of the album’s final track “The Bee.” A downbeat, bar closing, end of the night acoustic number that sees Loene in her best sugar-kitten style sex murmur telling a simple story of a love on a summer afternoon. “We made a home among the leaves / and we made sacred ground” she sings, capturing the nature of sunlight, youth and love, which like the momentary stillness of the insect of the title, can only be fleeting. The nearest comparison would be to Tex Perkins’ solo work, but for Carmen music evokes the promise of something special—the longing that Tom Wait’s described in The Heart of Saturday Night—rather than greasy hard living. The album package is partly designed like a school exercise book, and there’s a sense of youthful dreams here. Of course it’s not the possibility of rock and roll that matters, in the end it’s the failure, because at 5:00 AM the sun is still going to rise and you still have to walk home. Carmen’s songs are familiar with the inevitability of dawn, but are still hoping that there’s time for one last dance. ' Jack Sargeant, yourflesh.com