The Apple Don't Fall Far From The Tree 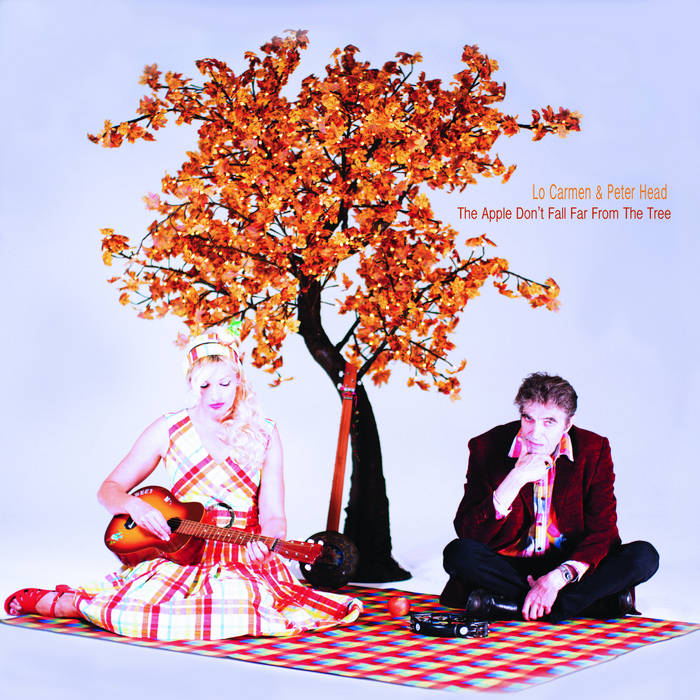 "...the spirit of Hank Williams and Gram Parsons ... a charming smoky blues romp" The Australian

"...Head’s elegant and melodious playing and Carmen’s playful purr of a voice ... draws you deep into the songs...making this an album high on smoky atmosphere and the ghosts of many a raised glass." The Music

"The album is the sound of the best hotel bar at 3am you could dare to imagine; the kind that no longer exists and probably never did."

"Australian songstress Lo Carmen's voice dances so nimbly with Peter Head's winsome gruffness, I knew there had to be some kind of emotional connection between the two...Peter Head is as deft a storyteller as he is a pianist. He serves as a solid counterweight to Lo Carmen's near-unearthly whisper of a voice....it's a joy to listen to." Adobe & Teardrops


Lo Carmen and legendary pianist, singer/songwriter Peter Head release their long-time-comin’ father/daughter album The Apple Don't Fall Far From The Tree on August 13th, a bewitching excursion through country soul, honkytonk jazz and lyrical ballads, both from their own pen or drawn from their repertoire of songs; crowd pleasers, heartbreakers and curveballs, honed via gigs from Mexican restaurants to the Museum of Contemporary Art. That it is almost impossible to distinguish which is which lays testament to the full force of their combined songwriting talents. ‘Songs Don't Care’, for one, has the ring of an instant classic. It's the kind of song Jimmy Webb or Carole King would sell their mothers to write. Other tunes come from the songbooks of Willie Nelson, Peggy Lee, Marilyn Monroe and Tom Waits.

The Apple Don't Fall Far From The Tree starts with music lifer and gentleman Peter Head confessing “Long ago I was a wrestler” in autobiographical opener ‘Old Hands’, a stunningly original duet that offers a glimpse behind the scenes of the showbiz that runs through the family veins.

Peter’s reputation for ‘always laying down a magical rolling chord, a riff, a poignant lyric, a primal honed voice - frayed at the edges as it is, rasping, growling, crackling and about as soulful as it gets....' has been earned through his non stop performances over 50 years, giving everything to both “empty rooms and crowded bars” since his early teens, playing, creating, releasing records and collaborating with the likes of Bon Scott and Wendy Saddington; performing rock 'n' roll, jazz, blues, reggae, cabaret and country in theatres, nightclubs, pubs, boats, dens of iniquity, fancy hotels and piano bars across the world. The original double gatefold LP of A Song For Tooley by Peter's adventurous 70’s prog/rock combo, Headband, deservedly fetches top dollar at record fairs.

Little wonder, then, that Peter's daughter, Lo Carmen, would take up the family business and be described by Tex Perkins as “a natural...literally a born songwriter.” According to Australian Stage, Lo ‘sits in an intangible, magical, rarefied space, somewhere between Tom Waits & Dolly Parton...’ As with anything that Lo turns her voice and pen to (see the shimmering should-be hit ‘Nashville High’ and the junk symphony of her Slight Delay LP among an embarrassment of other gems), this collaboration with her brilliant daddy is necessary listening.

Though the LP hangs on piano and voice, there are golden flourishes from Jason Walker’s pedal steel throughout, Dan Barnett’s spectacular growling trombone on ‘Late Bloomer’(written by Peter and the multi-talented Justine Clarke) and elegant touches of 12 string acoustic guitar (from Lo’s big brother, funk maestro Joshua Beagley), vibes, organ, parlour guitar and percussion from Lo and Peter, all perfectly underpinned by occasional appearances from Australia’s most experienced rhythm section, Greg Henson and Bill Twyman.

Recorded by Wade Keighran and Chris Vallejo at Linear Studios, 2013